The Vice President of India Shri M. Hamid Ansari released a book entitled “Feminist and Orientalist Perspectives – A Study of Lady Mary Montagu’s Turkish Embassy Letters” authored by Dr. Farha Hiba Parvez’ at a function here today. Addressing on the occasion, the Vice President said that this book on ‘Lady Mary Montagu’s Turkish Embassy Letters’ is a serious work diligently done and will become an open area for many scholars. He recalled that in 1968-69, when he was a young diplomat posted in Indian Embassy in Jeddah, there was no school for Indian students in Jeddah. There were a few other schools there but not for India students. And the question emerged as to how to teach our children. Keeping in view this problem his wife suggested him to open a school and persuaded him to allot a room in Embassy. As he was a bit hesitant, she approached the Ambassador who approved the proposal of opening a school within Embassy and the school started with four students. And one of those four students is the Author herself.

The Vice President opined that the Orientalism began two or three centuries back. Europeans started looking out and the Ottoman land was the nearest one. Later on Orientalism expanded and much more needs to be done on this. He said that the author Dr. Farha Hiba Parvez deserves credit for carrying out the cross-cultural study and congratulated her for bringing out such a valuable book.

Turkish Embassy Letters were written while Lady Mary Wortley Montagu travelled with her husband, Edward Wortley Montagu, who had been appointed Ambassador Extraordinary to the Court of Turkey. He was also a representative of the London based Levant Company, which traded in this region. Unfortunately, he was unsuccessful in effecting a truce between the warring nations of Austria and Turkey, and was quickly replaced. Perhaps the one good thing to come out of the assignments was the letters about Lady Montagu’s travels and observations about Ottoman life was published under the title ‘Turkish Embassy Letters’. 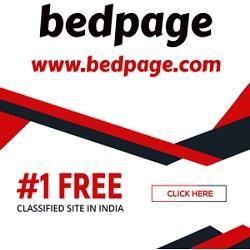