In order to make farming healthful and pesticide-free, the state government is promoting natural farming in a big way. Thousands of farmers have adopted Subhash Palekar Prakritik Kheti Khushhal Kisan scheme of the state government and particularly the women are playing a major role in making it a success. The farmers are being encouraged to grow vegetables and other crops through natural farming individually or by forming self help groups. As many as 2855 Gram Panchayats out of total 3226 Panchayats of the State have been covered under Prakritik Kheti Khushhal Kisan scheme. So far, 62770 farmers have been provided training on natural farming by organising 1400 training programmes at different places. So far, 50981 farmers of the State have adopted natural farming against the target of 50 thousand farmers. Natural farming is being done in approximately 2169 hectares of land in the state. A target has been fixed to involve 9.61 lakh farmers with organic farming by the year 2022, for which all out efforts are being made by the government. A target has been fixed to involve two lakh farmers in organic farming for the year 2020.

The entire Pangna village of Karsog area in district Mandi has adopted natural farming. The women of approximately 20 families of the village are involved in vegetable production for which they have formed self help groups. Ghaini village of district Shimla is the first Panchayat where women have formed Village Organisation Himalaya Institute for growing organic vegetables.  In Ghaini Panchayat, eight self help groups have been formed in Halot, Sanor, Chatyar, Jelidhar, Dayla and Beyi villages. Around 120 farmers including 80 women are associated with natural farming in Tabhog, Bamot, Baag etc. in Pahl Panchayat of Shimla district.

According to Secretary of self help group Jai Maa Kanak Dhara, of Ghani Panchayat Promila Thakur, almost 80 women of various villages are associated with this group and engaged in growing organic vegetables. The self help group was formed under Ajivika Mission Yojna and Agriculture Department provides training and guidance from time to time.

Two youngsters Harinder and Arjun Atri from Nahan block of District Sirmour are growing wheat, gram and garlic. They create videos of their farming techniques and upload them on the social media platforms like YouTube so that they can reach out to farmers for educating them with organic farming techniques. Similarly, Jasvinder Kaur’s family from Paonta block has adopted the organic farming and growing vegetables and cereals on almost seven bigha land. Sher Singh from Gambalpur, Sanjiv and Sohan Lal from Dharampur block of district Solan have adopted the natural farming of cauliflower and garlic. By just investing Rs. 1490, Sohan Lal has earned profit of Rs. 60 thousands. Manjit Singh from district Una resigned from his job as an IT engineer and started growing green vegetables by setting up a poly-house. Today has become an inspiration for the youth of the district. Almost 28 horticulturists from the Banjaar valley of district Kullu have transformed their orchards into organic farming fields. Farmers of village Darot in Bhoranj block of district Hamirpur are growing wheat, gram and peas on approximately 12 hectares of land by adopting organic farming and have successfully strengthened their economy. Surat Ram from the Chopal block, Anil Kumar from Chirgaon, Subhash Chauhan from Rohru, Sandip Kumar from Theog in district Shimla have shifted from apple cultivation towards growing green vegetables.

Target has been set to make Himachal Pradesh a natural farming state by the year 2022. According to Agriculture Minister Dr. Ram Lal Markanda, Subhash  Palekar organic farming scheme has started showing productive results. The state government has set a target to involve all 9.61 lakh farmers of the state in natural farming, said the Minister. 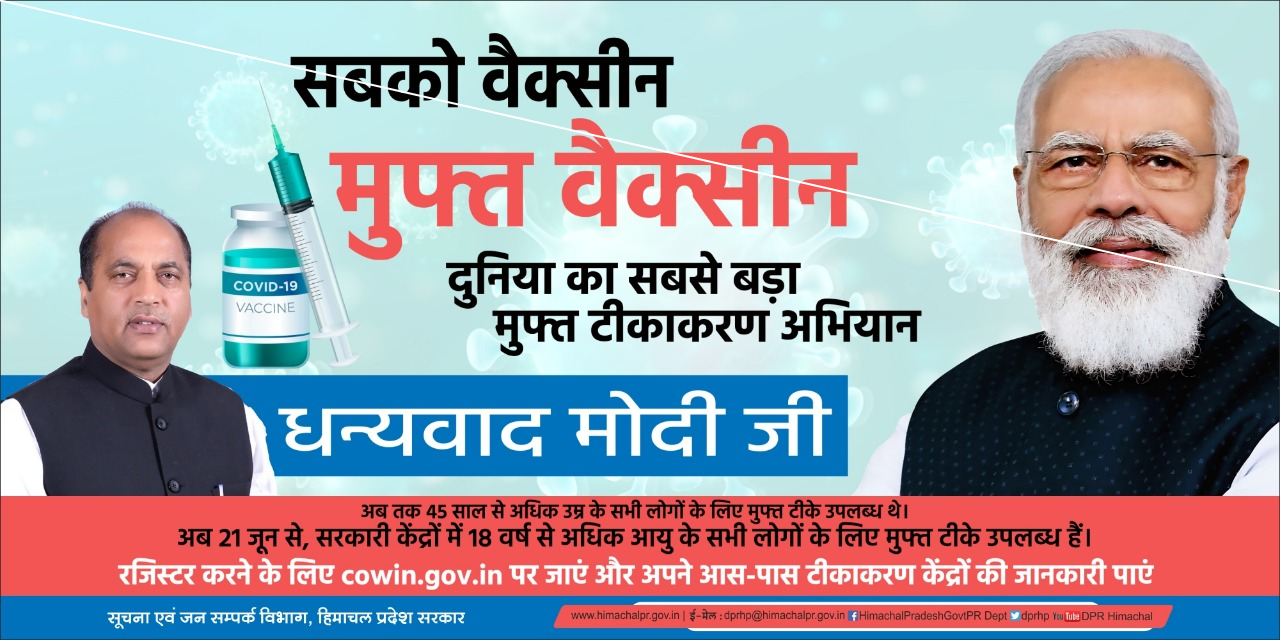