Dattatreya joined Rashtriya Swayamsevak Sangh in 1965 and was imprisoned during The Emergency. In 1991, he was elected to the Lok Sabha from Secunderabad constituency for the first time. In 1998, he was re-elected and served as Union Minister of State for Urban Development in the second Vajpayee ministry. He was elected for a third consecutive time in 1999 and again served as a Minister of State in third Vajpayee ministry. 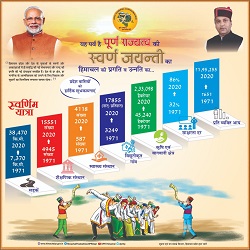